WHY ‘MORNING PEOPLE’ ARE MORE PRODUCTIVE 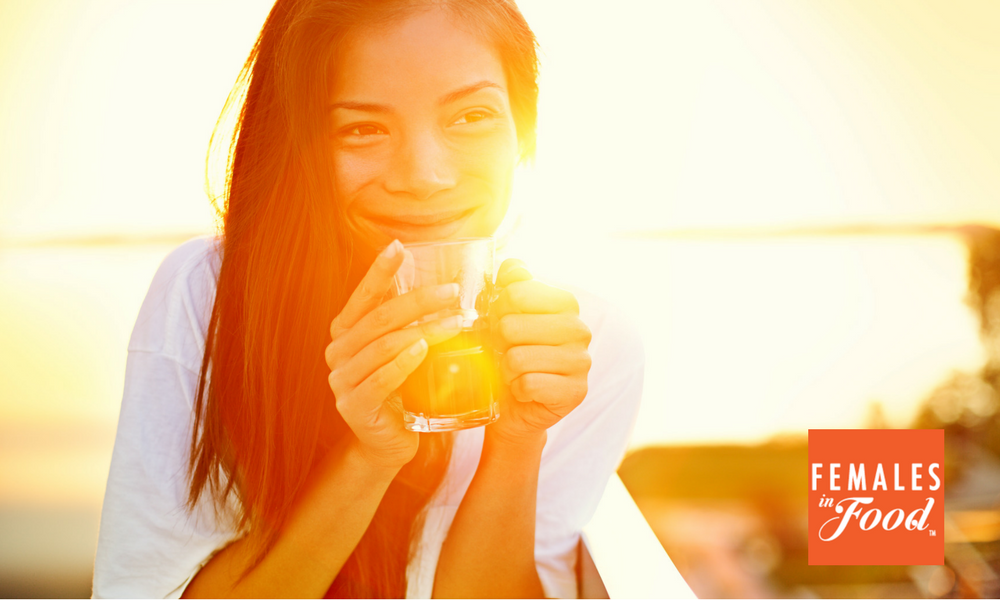 Ever envy those people who look like they over achieve at everything? Or get a million things done without getting a hair out of place? Those people that are so productive and it’s not even morning tea yet???!!

It seems to us that this time of year everyone’s workload is increasing. It’s nearing the end of the financial year, there’s no holidays in site and no calendar interruptions to slow us down. Over here at Females in Food the momentum is gearing up as we’re getting ready to announce a myriad of events and teetering on the edge of insanity trying to work out how to get it all done. We are feeling a little out of control and drinking way too much tea to get us through the day.

It’s often a cruel reality that the more we try and grow our small business, the busier we become and the further away we get from all of the key reasons why we started it in the first place – freedom to be our own boss, to choose our own hours and the balance of work and play.

Have you ever noticed that the busier you get, the less productive you actually are?

We noticed, so we wanted to know how to get off the merry-go-round and went in search for some productivity strategies we can put in place to ensure that we’re not just busy but also productive and at the same time we’re keeping a handle on the stress and overwhelm and staying in control (even if it’s an illusion).

Well firstly we propose the notion that nothing deemed ‘urgent’ should ever be done first.

BUT – it goes back to the Eisenhower Decision Matrix that was popularised in Stephen Covey’s – 7 Habits of Highly Effective People as the Time Management Matrix.

Yes, there are obviously exceptions but generally speaking, regardless of how busy we think we are, when we really sit back and break down what we’ve been running around and doing all day – how much of it was actually that important?

Think about all of the things you did yesterday, which as a business owner probably included answering calls, replying to lots of emails etc. But which of the tasks that you accomplished yesterday took you further towards achieving your overall personal or professional goals?

How much further could we all be down the ‘success path’ if we could concentrate all of our focus and energy on those things that we add to our to do lists that we’d really like to get done but they just sit there for weeks, months, or even years on end because they are just too big to think about when we have so much other stuff going on?

Although it would be nice to just make a stand and stop answering any calls, emails or other distractions that take us away from working on the bigger-ticket items, in reality, it’s probably never going to happen.

So what about dedicating the first hour of every day to working on things that are important and not just urgent (or seemingly urgent)?

Over a typical 5 day week, for 48 weeks of a year that immediately gives you 240 hours of working on the important projects, ideas and plans that will propel you forward.

It’s the same idea people use when it comes to exercising – get up early and get it out of the way, that way, the rest of the day does not take over, limiting the likelihood that you will achieve your goal of exercising.

You know it’s important but it’s not really that urgent so by planning it in first and getting it ‘over’ with – you will achieve it. Then, no matter how many phone calls, emails and ‘can you just do’s….’ that come your way, you can be safe in the satisfaction of knowing you have already worked on your health goal for the day.

So why not take this into your business too?

Looking at the time management matrix you’ll see that there are important AND urgent things – these will always naturally take precedence. But again, unless it is something that HAS to be dealt with there and then e.g. there is a fire, why not layer an extra layer to this which goes further and checks ‘is the important / urgent’ task important and urgent NOW or just TODAY?

If it’s today and the task is that important AND urgent, you know it will get done (the task expanding / contracting to time available principle is for another time!) so again, can you dedicate the first hour of the day to the important but not urgent tasks?

If you’re anything like us, there are lots and lots of urgent AND important things on the list, which even when doing as much as possible to eliminate the non important / urgent items, leaves little time to work on the wider strategy, the longer-term planning and the bigger initiatives that if done, could quite possibly change the face of your business but unfortunately you never get a free runway of time to really develop.

So what do you think? Do you find your day increasingly busy without a lot actually getting done? Do you find that you are able to focus on the important AND urgent but that there is rarely any time left for the important but not urgent. All those ideas and innovations bubbling away in the background that don’t really stand a chance of development without getting rid of the ’stuff’ first? What would 240 hours per year mean to those projects? Leave us a comment below, it’s always great hearing from you and what’s going on in your life and your business.

We use cookies on our website to give you the most relevant experience by remembering your preferences and repeat visits. By clicking “Accept All”, you consent to the use of ALL the cookies. However, you may visit "Cookie Settings" to provide a controlled consent.
Cookie SettingsAccept All
Manage consent

This website uses cookies to improve your experience while you navigate through the website. Out of these, the cookies that are categorized as necessary are stored on your browser as they are essential for the working of basic functionalities of the website. We also use third-party cookies that help us analyze and understand how you use this website. These cookies will be stored in your browser only with your consent. You also have the option to opt-out of these cookies. But opting out of some of these cookies may affect your browsing experience.
Necessary Always Enabled
Necessary cookies are absolutely essential for the website to function properly. These cookies ensure basic functionalities and security features of the website, anonymously.
Functional
Functional cookies help to perform certain functionalities like sharing the content of the website on social media platforms, collect feedbacks, and other third-party features.
Performance
Performance cookies are used to understand and analyze the key performance indexes of the website which helps in delivering a better user experience for the visitors.
Analytics
Analytical cookies are used to understand how visitors interact with the website. These cookies help provide information on metrics the number of visitors, bounce rate, traffic source, etc.
Advertisement
Advertisement cookies are used to provide visitors with relevant ads and marketing campaigns. These cookies track visitors across websites and collect information to provide customized ads.
Others
Other uncategorized cookies are those that are being analyzed and have not been classified into a category as yet.
SAVE & ACCEPT